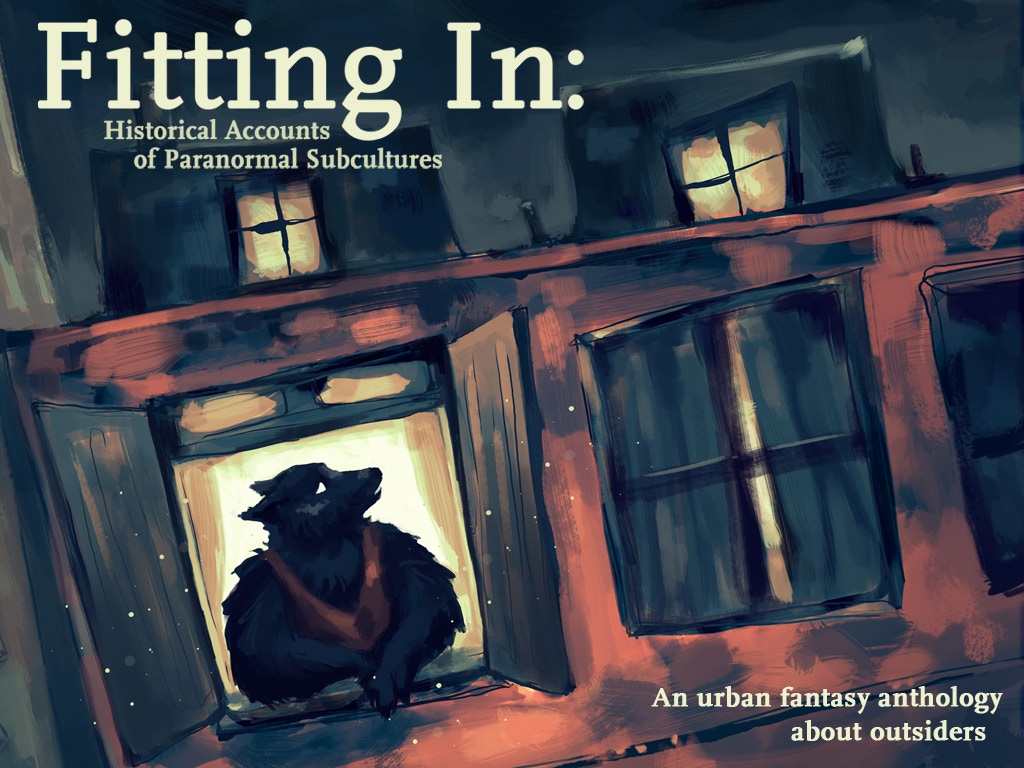 Fitting In: Tales of Supernatural Outsiders. We've put $20 in as a non-reward backer

A collection of urban fantasy stories about supernatural entities in a world not made for them.

Local talent! Jeremy, and his wife Dawn Vogel, run the Mad Scientist Journal website, where they publish "a new story from the world of mad science every Monday." This is their fourth collection they've produced using Kickstarter.

I like the theme of outsiders, especially when mixed with the supernatural. Since Frankenstein, monster stories have been used as metaphors for feeling apart from other people. I like that they're tackling that straight on. And, as they say, "we are particularly interested in stories beyond the usual Western supernatural population. Vampires and werewolves are fine, but we'd really love to also see stories tapping into African and Asian myths."

You can get a copy of the book as cheap as $15, which is a nice price for helping bring something like this to life.

Support local small publishers! Genre stuff like this often gets put on the side table, if you're not in the fan base, but there's a particular pleasure in cracking a good themed anthology. You owe yourself the experience, if you never have — you may think you know what you're going to get, but there are always surprises.

Plus, work like this is a labor of love. I would guess that Jeremy and Dawn are putting these projects out because they love them, they want to give back to their community, and because they're filling a gap where they wanted to read deeply where other people weren't publishing. I hazard to say that nobody's getting rich, here. It's about bringing things they love to fruition.

At 33 days to go, and only about 11% there. But, based on their track record, I imagine they'll make the mark