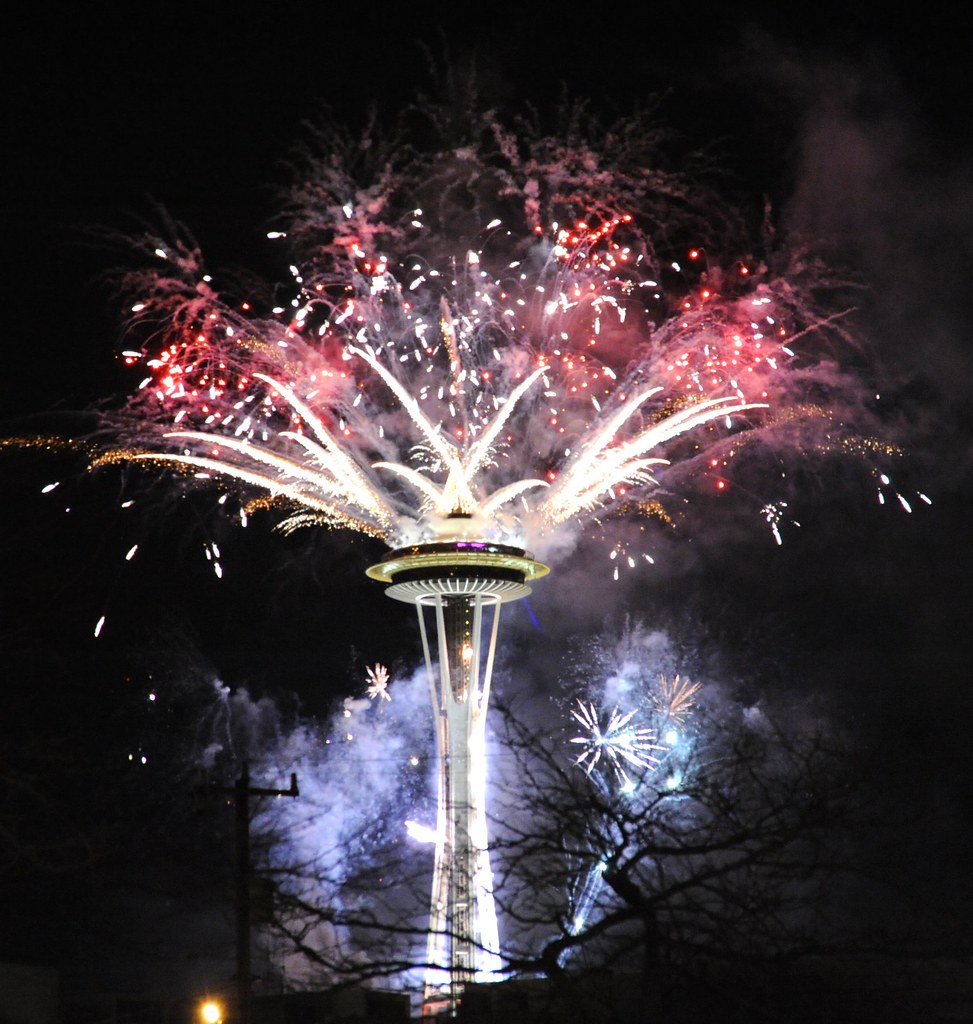 Every year at the stroke of midnight, December 31st, the Space Needle explodes. It's a controlled explosion, and doesn't hurt either the Needle or anybody atop it. It does entertain the huge crowd of people who come to Seattle Center every year to celebrate ringing in the New Year: Seattle's version of Times Square.

One year, it didn't happen. December 13th, 1999, a guy named Ahmed Ressam is on a ferry from Victoria to Port Angeles. He'd already passed through customs, but the way he was acting caught the eye of US Customs inspector Diana Dean, and she decided to have another talk with him. They inspected his car and found bomb-making materials. Ressem fled on foot and got six blocks before they took him down.

Remember that this was before September 11, 2001. Terrorist attacks had happened on American soil, but the only people scared of them were the people in charge of stopping them.

And Seattle Mayor Paul Schell: Although Schell is best known now for being the mayor under the WTO riots, and for being assaulted by Omari Tahir-Garrett, he was considered an establishment city builder. He moved a lot of money around Seattle, helping to grease the wheels to get the new City Hall, the new Library, and the new Opera House built.

He also cancelled the Seattle New Year's Eve millennial celebration. He was called a "schoolmarm" by local artist Carl Smool. Mr. 9/11 himself, Rudy Giuliani, said "I would urge people not to let the psychology of fear infect the way they act, otherwise we have let the terrorist win without anybody striking a blow." Ahem. lol.

But a missing propane truck at the time, and the very real threat from the border crossing, combined with a year where the WTO roiled the police (who were then further demeaned by a death at an overly raucous Mardi Gras celebration) lead Schell to take a bold and unusual step for a mayor: shutting down the big party on the eve of the millennium.

The only party open: a private party at the Space Needle, for those who paid well, far in advance.

Perhaps Schell was acting out of an abundance of caution — there was no known risk that night. But after the attacks on 9/11, everybody looked back a bit differently at the cavalier attitude people had toward security way back when.

It started with the mayor canceling New Year's. They had a huge argument. He started it: "New Year's is ruined," he said, "because of our pansy-assed mayor and his lick-ass council. If this city had any balls they'd just throw the middle finger at terrorists and say 'come bomb us, assholes!'" Her attitude was more one of "there are plenty of parties to be had, and if you let this ruin your millennium, then you are a fool, and why are we even in a relationship?"