It's been a long, long time 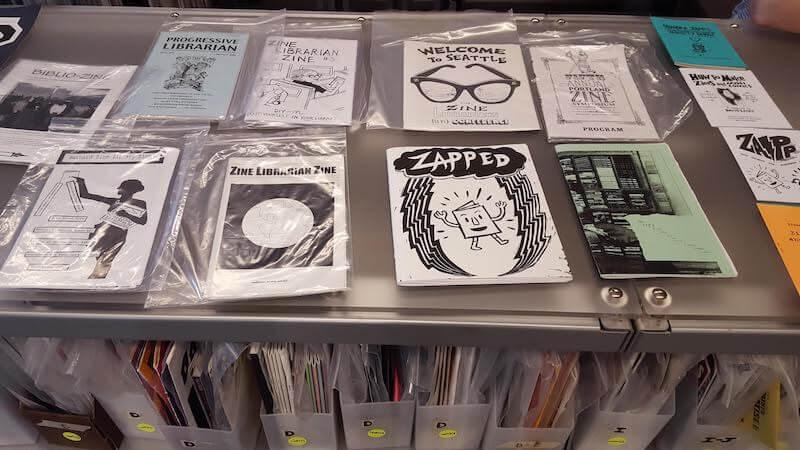 On a sunny day in March 2014, I drove a moving truck packed full of zines across downtown Seattle to the top of Queen Anne Hill. With the gas pedal pressed to the floor, the truck slowly crawled up the 18 percent grade. When we arrived at our destination, 223 carefully packed boxes of zines were whisked out of sight into a building I was prohibited from entering: the off-site storage facility of the Seattle Public Library. I would not see the zines again for five years.

Last week, the Seattle Public Library hosted a number of events for those in town for the American Library Association's Midwinter conference, including an open house of the ZAPP (Zine Archive and Publishing Project) collection. As a librarian and a ZAPP volunteer from 2009 to 2014, I was grateful for the chance to see the collection again. I approached the event with a mix of trepidation and hope, and I came away cautiously optimistic about the collection's future. 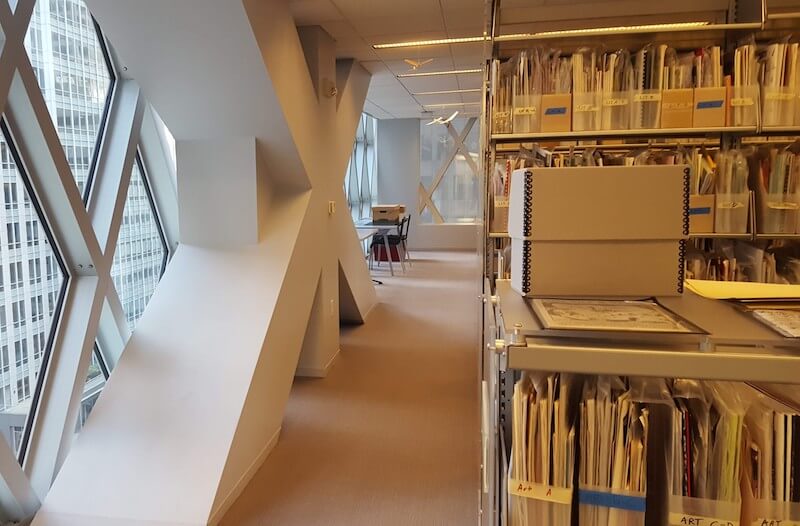 The ZAPP collection, which includes more than 30,000 zines dating from the 1920s to the time ZAPP moved out of the Richard Hugo House in 2014, is now located on the seventh floor of the Central Library, in the Maffei Family Aviation Room. The collection is locked, with access available only by appointment. Even more disappointing, the ZAPP collection still has no presence on the Seattle Public Library website (although I was assured this was in the works); unless someone has previous knowledge of ZAPP, they would have no idea of the treasures held within. No new zines are being added to the collection, belying the long-held conception of ZAPP as "a living archive." Any new zine donations are added to the separate, circulating collection of zines in the library's teen collection. 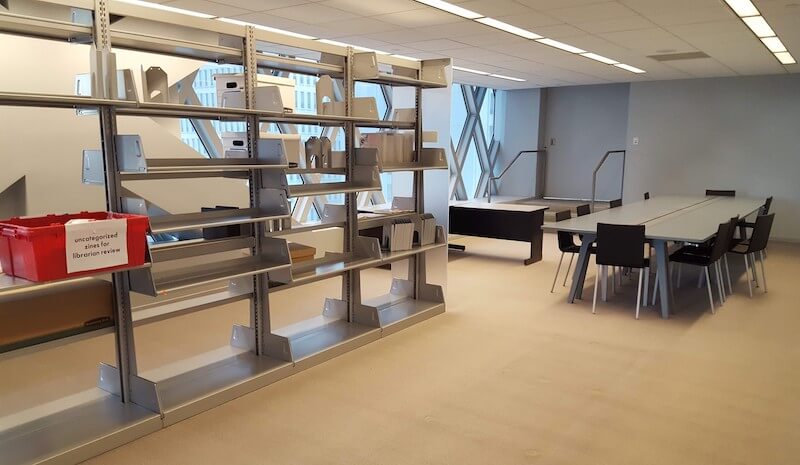 The room itself has beautiful views but is stark, with grey walls and no decor. SPL staff have invited a handful of school groups to make zines in the working space toward the back of the room. Though no zine-making supplies were visible during the open house, the SPL zine librarians expressed their desire to get additional supplies: a copy machine, paper cutters, typewriters. I also hope that they can make the space more inviting by displaying creative inspiration on the walls.

Two things I learned during the open house made me hopeful for the future of the collection: the SPL zine librarians mentioned that they were working on an upcoming exhibit with North Seattle College, which will feature memorabilia from ZAPP's history from 1996 to 2014. That'll be an exciting opportunity to let folks know about this important part of Seattle's history of art and literature. In addition, SPL was able to obtain enough funds from the Seattle Public Library Foundation to hire a twenty-hour-a-week copy cataloger who will focus exclusively on providing access to the ZAPP collection. While this funding is only guaranteed for one year, it's still a huge step towards making the zines located within SPL more visible to a worldwide audience.

I would encourage anyone who was a part of ZAPP or is a part of Seattle's vibrant small press culture to continue to pay attention to what SPL does with the collection. Let's make sure that SPL administration gives the collection the attention and financial resources it requires to thrive and grow into the future.