Thursday Comics Hangover: Between poetry and comics, between animal and human 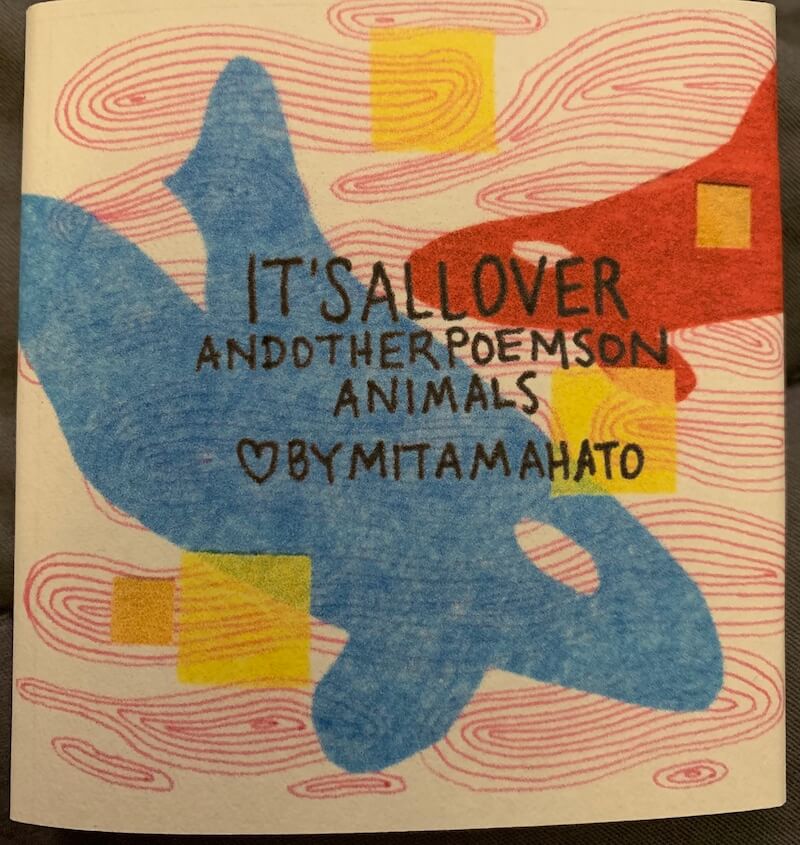 Seattle cartoonist Mita Mahato has always worked in the world between comics and poetry. Her debut collection of paper cut comics, In Between, came out from Plieades Press, one of the more exciting independent poetry publishers.

It's hard to describe, exactly, what defines this conjunction between poetry and comics. They're not just comics with poems published on top of them, or in caption boxes. It's easier to describe them by what they're not: They're less concerned with plot and more concerned with tone and phrasing and perspective.

And they're also deeply interested in the non-human experience. She's written two graceful, beautiful love poems about and for marine life — one full of wonder, one elegiac — that indicate her sympathies may not fall strictly on the human side of the environmental equation. These poetry comics are perfect for that kind of exploration: they're not as word-based as traditional poetry, and so they appeal to our other forms of communication. They put us in a more primal state of mind.

Mahato's latest collection, It's All Over And Other Poems on Animals debuted at Short Run this year. It's perhaps her most traditionally poetic work, and it's also a deeper exploration of her environmental themes. Over is a collection of three short tone poems collected in one tiny package. The poems consist of pages full of repeated phrases with colorful silhouettes of animals behind them.

And over an orca:

In Mahato's neat-but-somewhat-frantic lettering, these repeating words feel like a cross between a mantra and a cry for help. They're a religious experience and a single circling thought and a single-minded, animalistic desire to exist. It's hard to say if Mahato is speaking for the animals, or if she's trying to think like them, to become their translator.

Over is a more experimental work for Mahato. It's as gorgeous an object as any comic she's made, but it's also less accessible than some of her other work. That's just fine, of course; not every poem is intended for mass market appreciation. And the thematic work she's doing in this short conceptual work will likely pay off in huge ways in the future. Her aspirations for the form are more ambitious than perhaps any other comics artist — and poet — in Seattle.