Thursday Comics Hangover: Memories are made of this 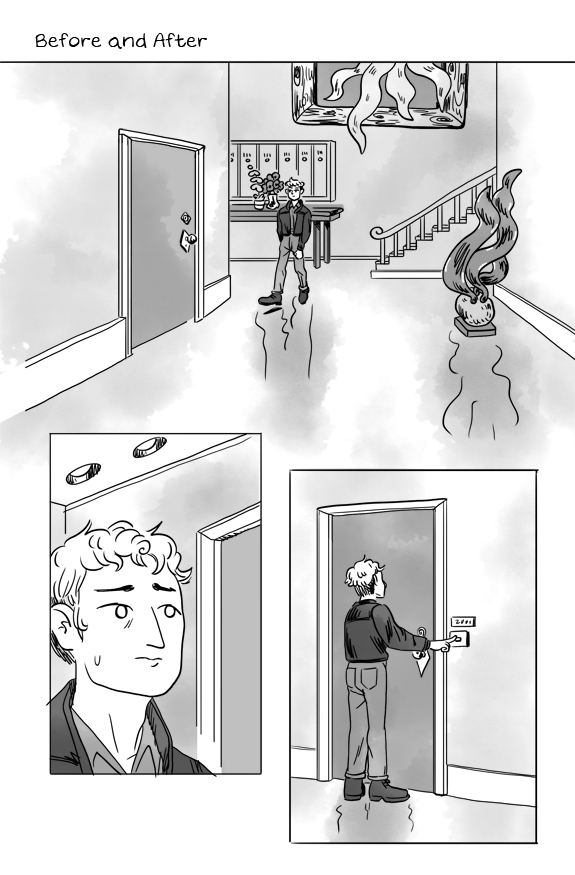 This April, Seattle cartoonist Laura Knetzger published a sci-fi comic called Before & After that consists of nothing more than two people sitting in an apartment, talking. There are no robots or flying cars, but the subject of that book-length conversation is out on the cutting edge of modern science's understanding of intergenerational trauma.

Before & After is a quiet minicomic, but a consequential one. Like the classic sci-fi of the 50s and 60s, Before & After looks at a single technology — in this case, cloning — and imagines the complicated moral situations that could arise by implementing the tech in the real world.

It would be easy to wander into cliches, but that doesn't happen here. Knetzger toys with the tropes of a mad scientist meeting her creation and expositing on her own genius and gently pokes fun at the drama of the situation.

The black-and-white artwork, which features a gray wash throughout that evokes the ambiguity of the scenario, is actorly and appealing. These characters have interior lives and awareness of the unique qualities of their situation. Knetzger briefly illustrates their metaphors with abstract illustrations which help clarify the complexities of the discussion.

Ultimately, Before & After wrestles with the fairly new concept that, as one of the character puts it, "When you make a long-term memory, it has a physical presence in your brain." Memories and thoughts aren't some ephemeral specter. They have weight and consequence in the physical worlds of our bodies. They can't be ignored, or dissolved, or wiped clean. Memory doesn't just persist — it changes us. The madeleine bites back.