Thursday Comics Hangover: Two Portland comics greats at the Beacon, for one night only 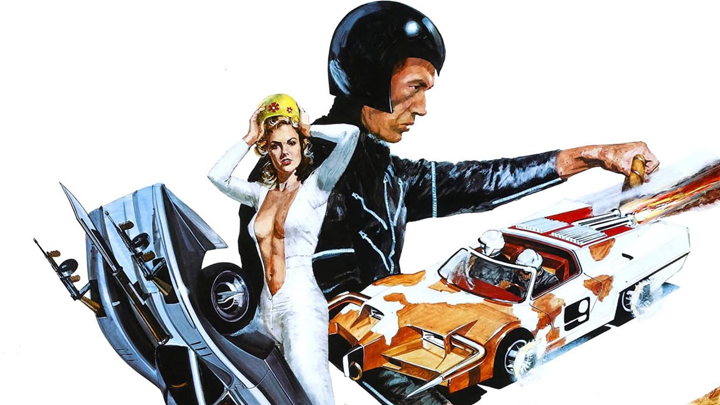 In south Seattle, in a tiny storefront on Rainier, there's a new independent movie theater called The Beacon. I highly recommend the Beacon for any Seattle-area cinephiles: they show cleverly curated series of repertory films from across time and space: one series focused on the alienation of the suburbs, while another looks at heist films from a lens of class struggle. It's a small and well-appointed space to show up and fall in love with films.

Why am I mentioning the Beacon in a column about comic books? Because you comics nerds need to know about an event they're putting on next Saturday, the 18th of January. Outstanding Portland comics writers Kelly Sue DeConnick and Matt Fraction will be coming to town for one night only to host a screening of Death Race 2000. (Not the remake with Jason Statham; the 1975 original with David Carradine and Sylvester Stallone.)

DeConnick and Fraction are the perfect pair to present this film. DeConnick is the author of Bitch Planet, a feminist sci-fi comic about women in a space prison that, like Death Race, cleverly employs trashy genre tropes to make a larger point about society. And Fraction's current creator-owned series, a crime comic stylishly illustrated by Elsa Charretier titled November, similarly features a meditation on violence in fiction and how it impacts the lives of victims and bystanders and perpetrators alike.

Fraction and DeConnick are comic book writers who bring a rock-star energy to their work and presentation. I expect their presentation of this film to be funny, surprising, and insightful — just like their work. Get tickets now, before they sell out.