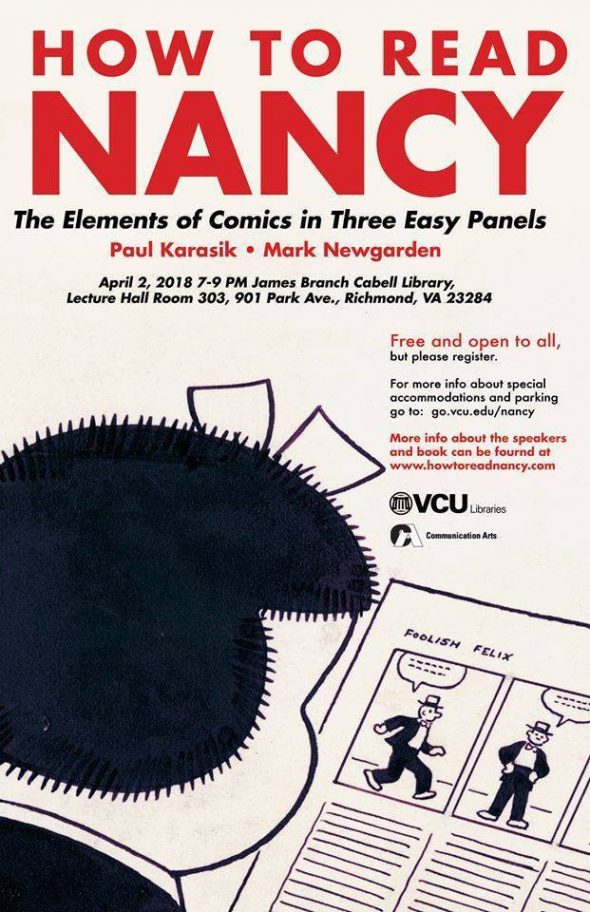 Over holiday break, I finally had time to sit down with Paul Karasik and Mark Newgarden's much-lauded comics theory text, How to Read Nancy: The Elements of Comics in Three Easy Steps. It's an oversized, fastidiously annotated exploration of all the complex mechanics that goes into making a single Nancy comic strip.

This book deserves all the accolades it's received: Newgarden and Karasik's extensive autopsy of an Ernie Bushmiller strip is so thorough that it feels at times obsessive. But that obsession is the point; I don't know if Bushmiller really possessed a comprehensive theory of architecture, for instance, but it sure is fun to at least entertain the idea that he did.

How to Read Nancy is a potent reminder that art isn't a bolt of inspiration — it's work. It's almost impossible to quantify verything that goes into a single piece of art — decades of training and practice and failure and success — to make it work.

These unconscious layers resist parsing, but Karasik and Newgarden have somehow accomplished it. THey've quantified the comedy and the artistry that goes into a single Nancy strip. They've explained the joke, and it's somehow made the joke even funnier.

If you've read Scott McCloud's Understanding Comics and you want to get deeper into the idea of what makes a comic tick, How to Read Nancy is the expert course that follows up on and expands on McCloud's 101-level class. It's rare that an artist receives this kind of lavish attention — this research and deep thinking and exploration. If you think that Ernie Bushmiller doesn't deserve this deep dive, Newgarden and Karasik are eager to explain why you're wrong.