Thursday Comics Hangover: I wonder when she'll get a truly great series 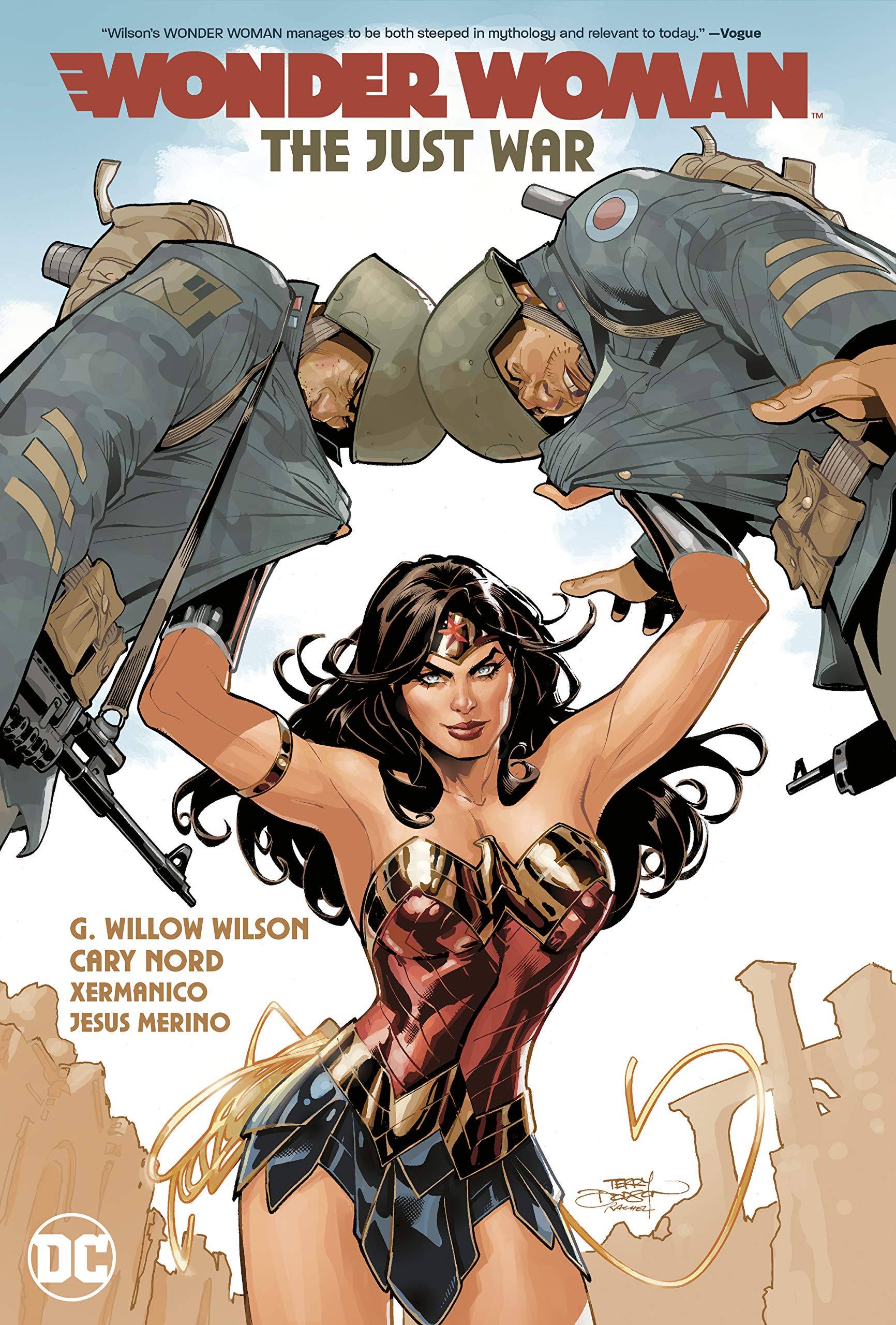 Last year, Seattle novelist G. Willow Wilson took over writing duties on Wonder Woman. It was a pretty big deal: Wilson had made a name for herself in the comics world as the co-creator of, and original writer for, the popular Ms. Marvel character. So for her to take on the third-most-popular DC Comics hero was seen as both a step up for Wilson and a sign of hope for Wonder Woman as a character, who enjoyed big box office success with her first movie but who has had a creatively wobbly time of it on the comics end of things.

Wilson's Wonder Woman run begins in a collection called The Just War, and it basically touches all the basic points you'd expect a Wonder Woman story to hit: Ares, the God of War, is a major villain; the themes of the story focus largely on the conflict between love and war; and the story is a showcase for the character's deep ties to mythology.

My favorite aspect of The Just War, though, is also my favorite part of Wilson's Wonder Woman run: the main story takes a back seat on several occasions to focus on a subplot featuring a minotaur, a pegasus, and a satyr who are trying to make their way in the modern world. These mythological creatures at once stand in for the reader and also represent a central dichotomy at the heart of the Wonder Woman character — her fantasy background and her need to be relevant to modern society.

In Just War and in Wilson's subsequent issues, it almost seemed as though Wilson was going to turn Wonder Woman into an ensemble book — one in which mythology spins around a central character in new and interesting ways. I was hoping that Wilson would recast Neil Gaiman's Sandman run with Wonder Woman as the central character around which the stories spin.

Unfortunately, Wilson left Wonder Woman after a couple of arcs, and that plan never came to fruition. Instead, Wilson's run joins a parade of half-started, half-abandoned takes on the character that never really took off because they never had the opportunity to take off.

This week, DC Comics is celebrating Wonder Woman with the 750th issue of her title, an anthology that tries to cast the character in a new direction that will stick. (For real this time.) The first story in the volume pretty much tries to re-establish the status quo — Wonder Woman gets her Golden Lasso of truth back, which she apparently had lost in the not-so distant past? — while celebrating the character.

It's a bit of a mixed bag. Modern writers have had a hard time deciding how warlike Wonder Woman should be — how tough the character has to be while still staying true to her mission of peace and love, and this anthology veers back and forth. It doesn't feel so much of a relaunch as a stuttering celebration that isn't sure whether it should embrace the character's cartoony origins or discard them.

Writer Steve Orlando is set to take over the character from now on, and I wish him luck. Orlando has written several very clever, compassionate Wonder Woman comics in the past, and perhaps he'll be able to stretch the character out and see what she can really do with a little bit of runway and a lot of planning. But I still am kind of heartbroken by the idea of Wilson's unfinished run, and what she might have done with the character had she not left the book. Just War provides a few hints, but it doesn't give us that long-term sense of commitment that the character so dearly needs.