Your Week in Readings: The best literary events from Jan 27th - Feb 2nd 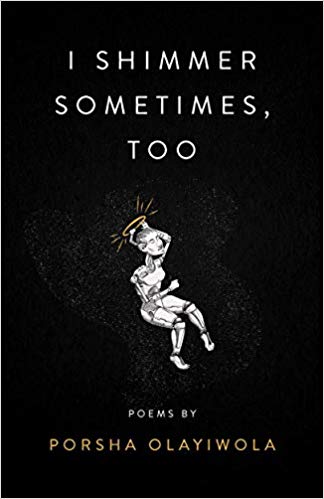 How's this for the first line of a bio: "Porsha Olayiwola is from the future!" Boston's Poet Laureate, Olayiwola, is fusing the genre of Afrofuturism — which popularly found its footing in sci-fi and comics like Black Panther — with poetry. If the bio is true, I want to join Olayiwola in the future.

Poet Amber Flame's discussion series which invites "Black writers and creatives [to] discuss the hows, whys, and methodologies of their artistic practice" has put together a killer lineup for its latest edition: Boston poet Porsha Olayiwola, who read on her own last night at Elliott Bay Book Copmany, and Seattle poet Quenton Baker. It's two young poetic geniuses talking poetry and Blackness and just generally being great onstage together.

Let's get this up front: I only half-liked She Said: Breaking the Sexual Harassment Story That Helped Ignite a Movement The first two thirds of the book, which detail Kantor's and Twohey's efforts to cover the sexual harassment allegations against Harvey Weinstein, is a thriller of a book. The book perfectly captures the hard work and diligence that went into ethically covering a slippery subject. The last part of the book, though, is about the Brett Kavanaugh hearing, and without the ticking clock of the Weinstein story, it feels more rote and less compelling. Still, you'll want to attend this event with the authors, who will hopefully have some insight into the #MeToo movement today and the ongoing Weinstein trial playing out in New York right now.

See our Event of the Week column for more details.

As they say at Youth Speaks: "The youth right now is the truth right now. This competitive poetry event offers a supportive but tense air, as our city's leading youth poets learn who will represent Seattle in the national slam competition. This event features poet Christopher Diaz.

Mitzi Szereto has edited an anthology of true crime writing about serial killers, and tonight she's going to discuss what it was like to assemble this honkin' huge collection of death and creepiness and monstrous behavior.