For the first time ever, a graphic novel has been awarded the coveted the 2020 John Newbery Medal for the most outstanding contribution to children's literature, the American Library Association announced on Monday.

The graphic novel New Kid by Jerry Craft is an uplifting tale of a 12-year-old African-American boy living in New York City's Washington Heights who just wants to go to art school. But instead, his parents enroll him in a private school where he's one of the only students of color.

It seems absurd that it's taken this long in the Newbery's storied history — the award was founded 98 years ago — to honor a comic book. Kids, after all, love comics. They're great at teaching kids how to read (I'm living proof.) The most popular author for kids in the country right now is Raina Telgemeier, who is a very good cartoonist. But comics have had the stench of the gutter on them for so long that a generational shift had to happen. The snobs who discounted comics as genre trash had to slowly retire to make room for a new generation who saw the storytelling possibilities in the medium.

This youthful revolution — or at least youth reader revolution — toward the mainstream acceptance of comics for kids has finally started to affect the big two mainstream comics publishers. DC Comics has recently launched a series of graphic novels for young readers which reimagine their superheroes with less continuity and more of the emotional introspection and character development that young readers have come to expect from their comics. 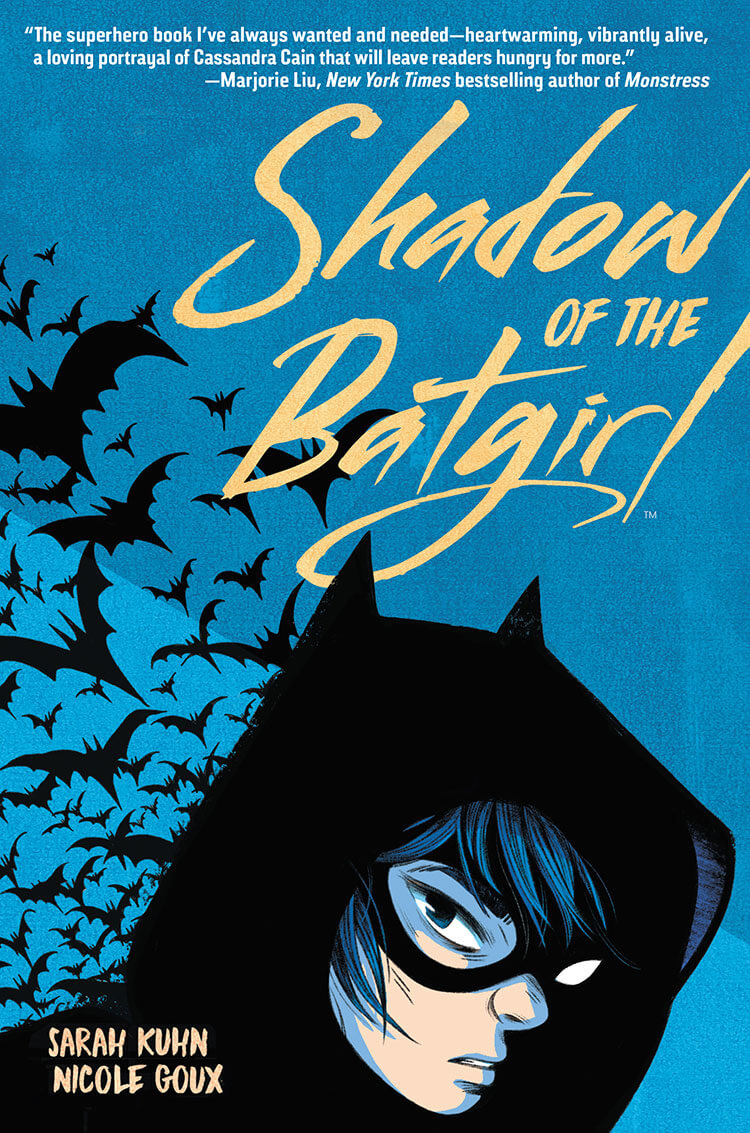 The latest such effort from DC will be in bookstores around the country this coming Tuesday. It's titled Shadow of the Batgirl, it's written by Sarah Kuhn and illustrated by Nicole Goux, and it points the way to a whole new approach to superhero comics for young readers.

Batgirl retells the story of Cassandra Cain, a retooled Batgirl character from the early 2000s. In those comics, Cain was a teenaged assassin, brainwashed and nearly mute. Few writers knew how to handle the character, and she quickly slipped to the background. You don't need to know any of this backstory to enjoy this new book; in fact, it's fairly bold in its reinvention.

Cain, in Batgirl, is still a brainwashed teenage assassin, but in this version of the story she breaks free from her programming and takes up residence, From the Mixed-Up Files of Mrs. Basil E. Frankweiler-style, in a gorgeous library, where she starts to learn about books and socialization and normal life. It's an origin story that doesn't feel like an origin story — instead, it feels like a novel, with a beginning and a middle and an end.

It's hard to imagine artist Nicole Goux ever getting a foothold in the traditional world of mainstream superhero comics. Her work is manga-inspired, but it also carries a lot of inspiration from European comics like Tintin and Asterix. Sometimes character's eyes are just inky black dots, and other times they're expressive lakes of white. Goux picks up and abandons different styles in a single page, whipping from realistic portrayals of teenagers mingling around bookshelves to a wide-angle cinematic pan of a character recoiling in fear from a tiny mouse. Colorist Cris Peter maintains that sense of duality in the book's palette: in action sequences, the book is awash in noirish dark blues and purples, but Cain's world at the library is glowing in warm oranges and yellows.

Hardcore comics readers — by which I mean the men like me in their 40s who popular culture used to envision as the sole audience for superhero comics — will likely agitate against Batgirl because it doesn't reconcile with the superhero books that they buy every month. That's fine; Batgirl isn't for them. It's for the kids. And the vibrant energy that it brings with it — a little more realistic, a lot less macho, a lot more compassionate — points to a new future for the publisher. It's easy to imagine books like Batgirl becoming the new normal for superhero comics. The future looks bright.