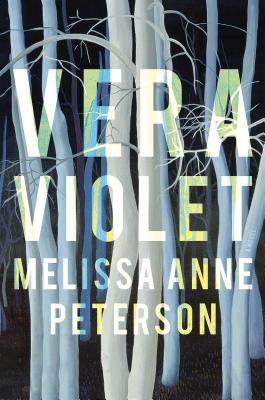 Melissa Anne Peterson is a Washington-based writer who grew up in a "rainy working-class logging town". She's worked in endangered species recovery, and her first novel, Vera Violet, is being released on February 4th. It's a gritty story of teenagers growing up in a twisted rural Pacific Northwest logging town, with no options, and violent outcomes. Peterson will be appearing next Thursday, February 6th at 7pm, at the Elliott Bay Book Company, to talk about her new book.

I have several books in process, but have been most lately enamored with Where Bigfoot Walks: Crossing the Dark Divide by Robert Michael Pyle. I’ve used Pyle’s butterfly guides, but this is the first narrative book of his that I’ve read. So far, I find it elegant and unique. After I bought the book, I found out it will be celebrated in a film, The Dark Divide, which I look forward to watching.

I recently finished reading Upstream: Searching for Wild Salmon, from River to Table by Langdon Cook. It’s about the plight of salmon and steelhead in the Pacific Northwest. It differs from other “wild salmon 101” books in that Cook spends time on salmon and steelhead preparation techniques, and the part salmon play in the restaurant industry. I previously worked in salmon and steelhead recovery, so I also enjoyed Cook’s interviews with some key players in the conservation movement.

American Wolf: A True Story of Survival and Obsession in the West by Nate Blakeslee. It was a Christmas present, and I’m already a huge fan of the alpha female, 0-Six. I’ve seen the documentary, She Wolf, and heard parts of the audiobook, so I can’t wait to dig into the text.