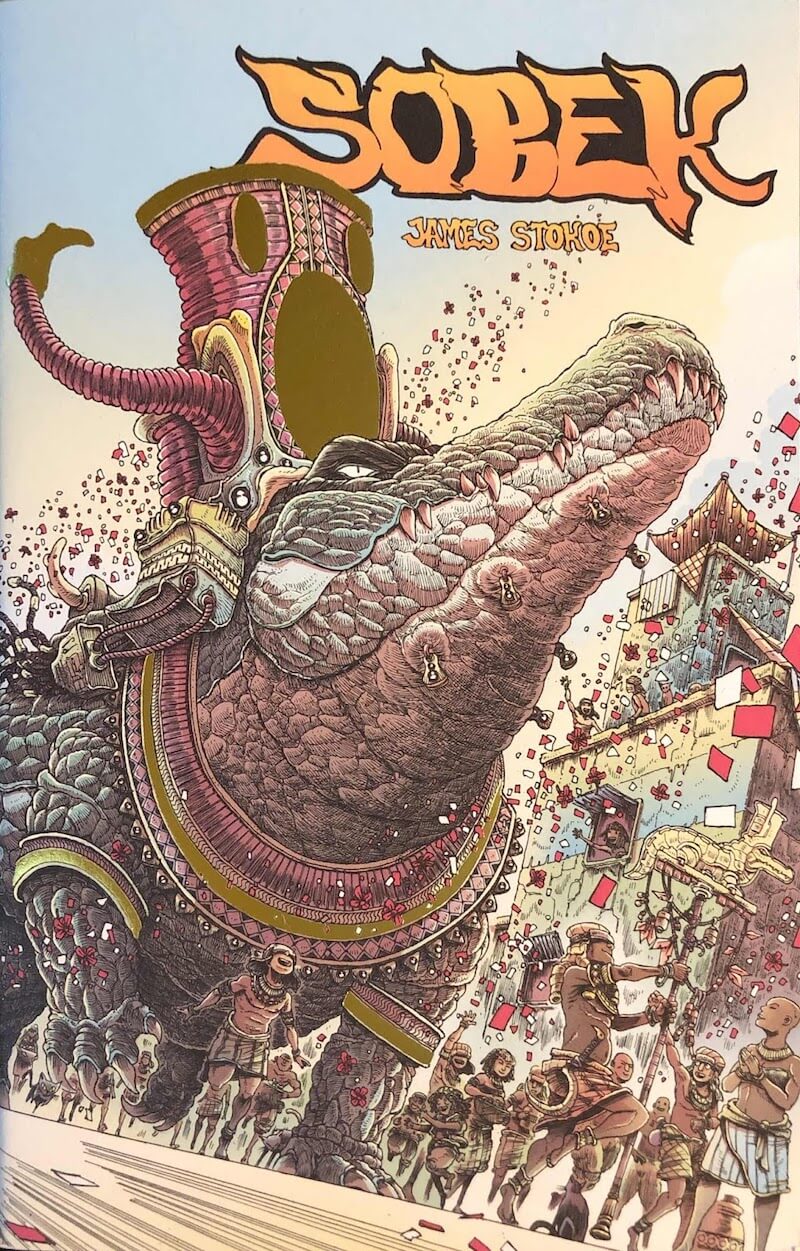 James Stokoe is one of those artists you just want to blindly follow from project to project. He's done licensed work in Godzilla comics and a story based on the Alien franchise. He's done mainstream superhero work. And he works on his own projects. Stokoe is a rarity because he brings the same level vitality and invention to everything he works on — you can't imagine him phoning a single page in. There aren't many artists like that: Jack Kirby and Jim Steranko come to mind, of course, and Stokoe captures some of that same vivaciousness. You get the feeling, looking at the quivering lines of one of his pages, that he just might do something on the next page that will change the medium of comics forever.

On a trip to Portland last fall, I bumbled into a small press publication by Stokoe that I'd never heard of. It's called Sobek, and it's a beautiful one-shot comic that's too thin to be a proper "graphic novel," by which I mean it doesn't have a spine or a dust jacket or any of those other book-y trimmings. Though the cover does have some lovely gold foil elements, Sobek is likely to be passed over by people who buy their comics in bookstores, and that's a shame.

Sobek's plot is pretty simple: the holy leaders of an imperiled (seemingly) bronze-age civilization call on a crocodile god — the titular Sobek — to wreak havoc for them. Havoc is wrought. The end?

But that doesn't come close to describing this book. Sobek is lushly drawn, almost intimidatingly so. In the jungle scenes, you can swear you'd see every single leaf on every single plant that Stokoe crammed into the panel. It's an exercise in excess: exactly how much visual information can fit into a comic panel? On every page?