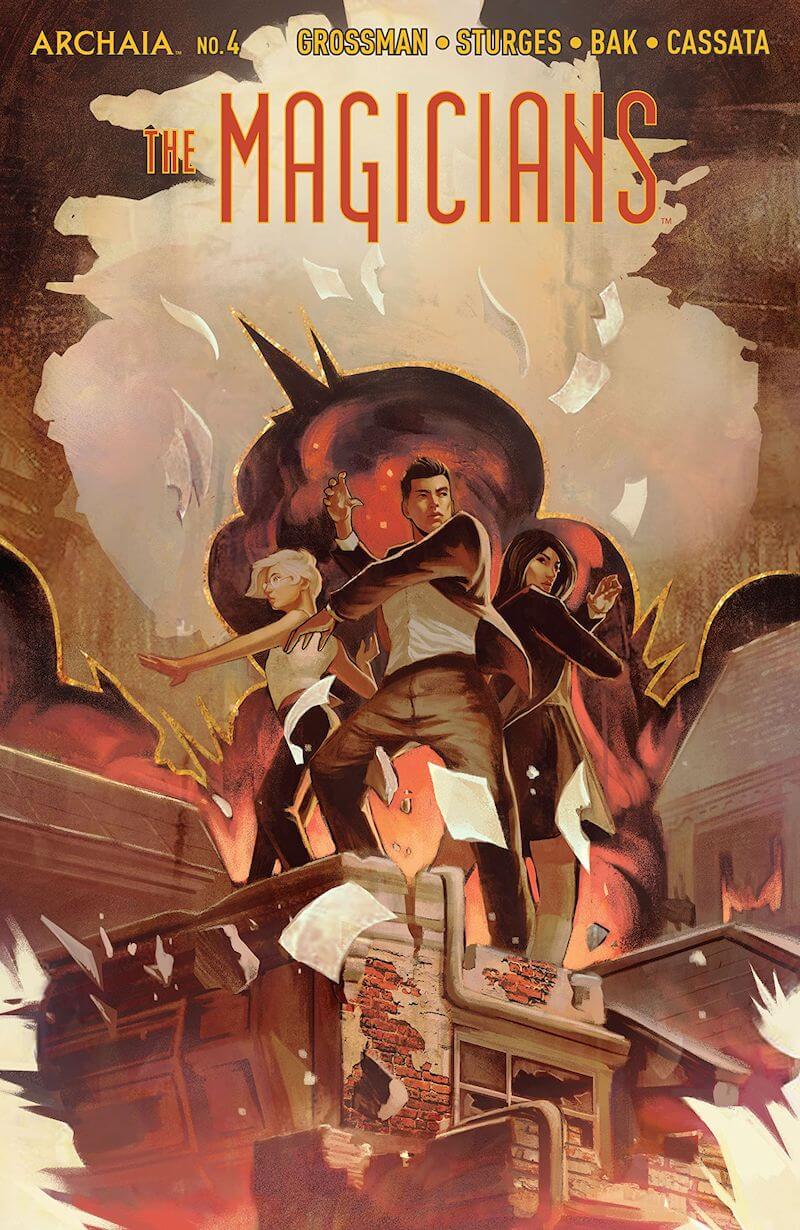 In fact, The Magicians is both a love letter to, and a poking at, Harry Potter. By folding in a fake mythos as part of the central narrative, a close-clone of the Narnia books, Grossman scratches at the itch of British fantasy and all its trappings, while still having his students sulk, whine, preen, and win their way through their incredibly challenging schooling with a decidedly American canter. It's like a great unpacking, as if Grossman had to write a book series to understand something crucial about Rowling's (and TH White's, and CS Lewis') work.

Brakebills, the American school that works at the Hogwarts analog, is more akin to Harvard than a British "public school". In Grossman's world, it isn't heredity that gains you access, it is absolute academic brilliance. Spells are not trifles that you learn at twelve, they are deeply arcane research that require special hand motions, akin to elite musicianship, and deep understanding of obscure ontological texts. Magic, here, goes tremendously awry, in a mysterious dark ways, creepy, and invoking tremulous horror.

Outside of school, those who become obsessed and learn about magic without the proper training and tomes are called Hedge Witches. They are punk academics, full of barstool philosophy and a mix of half-truth, half-bullshit that cause a class rift between them and the school trained set, the junkies of the magical world. 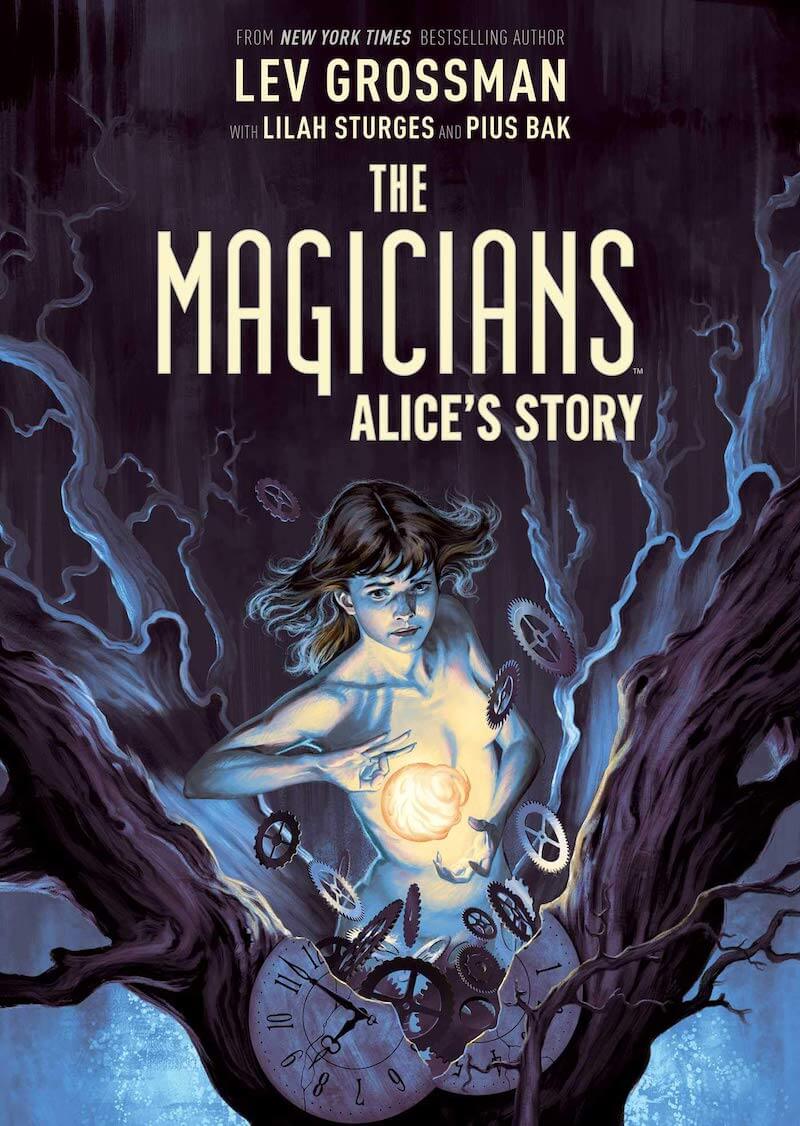 Now, Boom Studio's Archaia imprint has released a series comics based on The Magicians. Writer Lilah Sturges (of Lumberjanes, among other titles) has taken Grossman's canon, and extended it, first as a graphic novel retelling the story of the first book from a different point of view in The Magicians: Alice's Story, and now in the current monthly series The Magicians, whose fourth, and penultimate, installment was just published.

Perhaps you've read Grossman's rich novels, or seen the television show based on them, but even if not, approaching the comics without knowing the ins-and-outs will still present you with a good yarn. Alice's Story will tell the part of the trilogy's story to you. As someone who loves the novels, I thrilled through it, but saw it mostly as an adjunct text, to offer context and expansion on the books themselves. 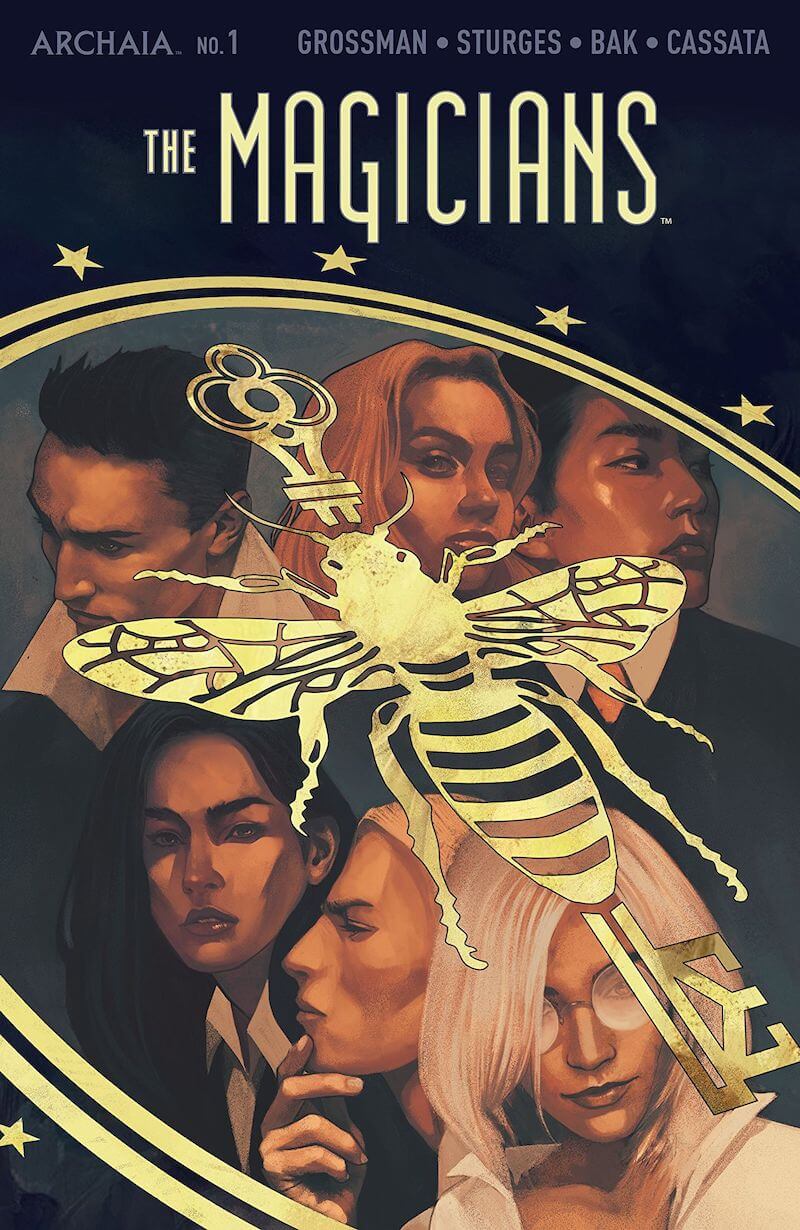 But although the new comic series starts with the world and setting of Brakebills, replete with the school's leader Dean Fog, its central narrative revolve around all new characters.

A small group of Hedge Witches matriculate at Brakebills, and with them come their instructor, now a professor. There's huge resentment from the other students by this classless intrusion on their privilege, and it plays out in a myriad of ways.

Like all of Grossman's characters, whose pattern and feel Sturges obviously groks on a deep level, these students are self-obsessed, cocky, competitive, and socially awkward.

Each issue ends on a thrilling moment, I swear I actually gasped at least twice so far, a bit of dramatic punch that ups the ante on Grossman's much slower payout in the novels, and it feels like a nice match, as if finding stories in the world that fit comic's pacing better has pushed some of the puzzle pieces flush to the table.

The art, by relative newcomer Pius Bak is rich and detailed, with a huge range of emotional expression to work with on the character faces. The composition and panelling is dynamic, intricate, and his controlling of pace is marvelous. It's a luxury to try to hold back a page turn while soaking in the details, but it's hard to do.

The short of it: The Magicians is great, and if you aren't familiar with the canonical trilogy, this series is a fantastic way to find out if you want to spend more time in this world. I find myself thinking about them all the time. Now that Boom holds the franchise, let's hope they keep finding ways to push into new stories in the world that Grossman didn't have time to get to yet.