Anger as a path to joy 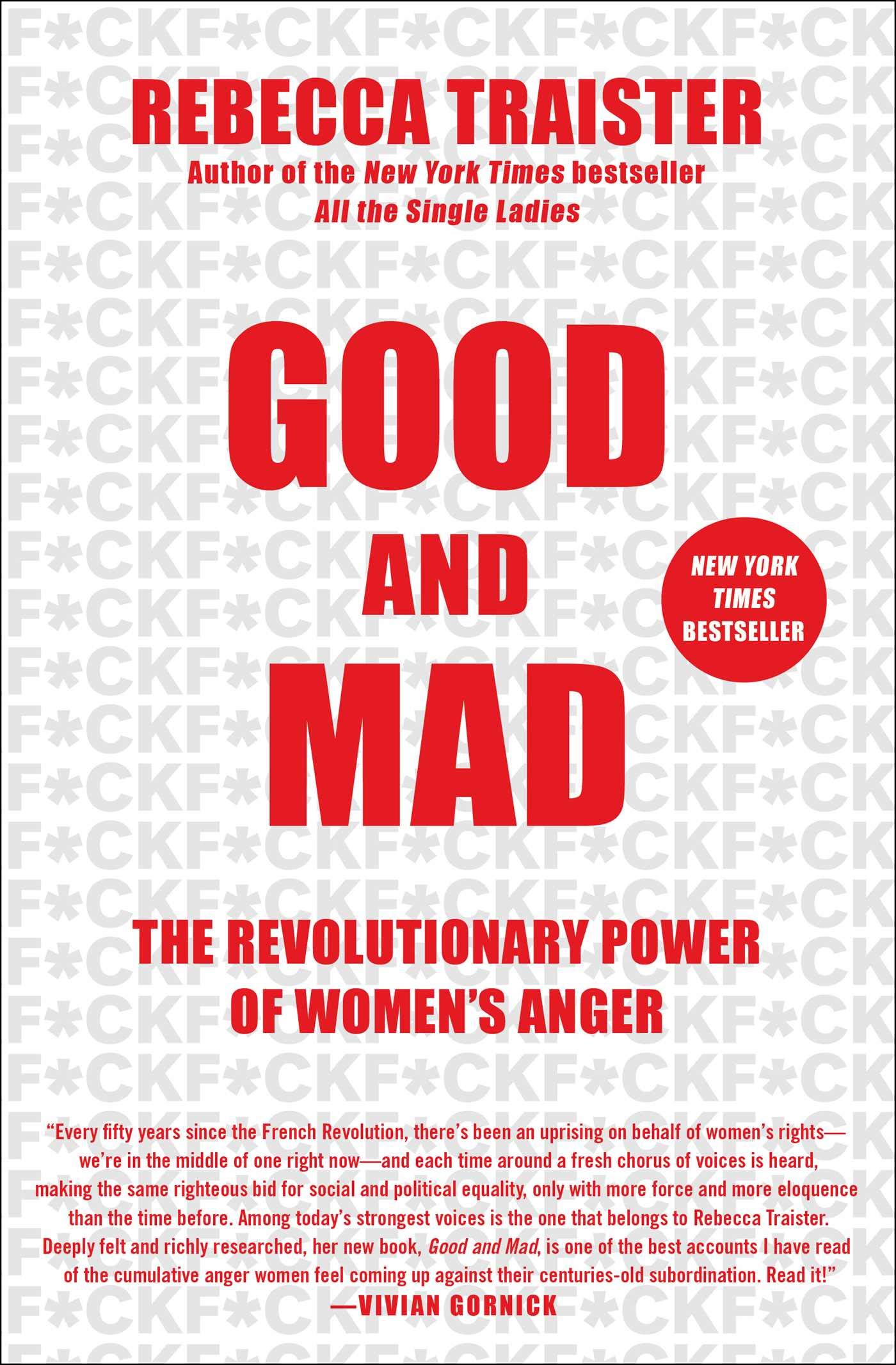 One member of the Reading Through It book club last night said that reading Rebecca Traister's Good and Mad actually made her pulse race. Like, literally — according to the heart rate monitor on her Apple Watch every time she read the book, her pulse increased by ten to fifteen beats per minute. To be clear, she loved the book, but the shock of recognition she found in Good and Mad affected her on a deeply physical level.

It was almost impossible to talk about Good and Mad last night without talking about Senator Elizabeth Warren. It wasn't a question of whether sexism had some impact on the presidential candidate's disappointing Super Tuesday showing so much as how much blame to place on sexism.

Many political pundits — almost entirely men — found Warren's stance as a fighter to be off-putting. They would claim that they couldn't quite put their finger on why they didn't like Warren's combative tone, but they just didn't think it would appeal to voters. Now that the presidential race has nearly boiled down to a battle between three men who yell a lot, the lie behind that assessment is clear: it wasn't Warren's combativeness that was an issue, it was that she was combative while being a woman.

We talked with admiration for Traister's remarkable book — Good and Mad rushed out of her in a handful of months, accompanied by a wave of catharsis that easily spreads to readers — and its many epiphanies. We discussed how the book ably identified the schism between white women and those who don't enjoy the same privilege as white women — women of color, LGBTQ women, disabled women. We talked about what it means to relax into your anger, and how that's freeing; that women who learn how to be okay with their anger do not broaden into a lifetime of anger. Instead, when you learn how to be angry in a healthy way, it removes anger from your life.

In her excellent New York Times essay on how to represent women more honestly in movies and TV, Brit Marling talks about trying to imagine a female character who doesn't only exist as a response to a male character:

Sometimes I get a feeling of what she could be like. A truly free woman. But when I try to fit her into the hero’s journey she recedes from the picture like a mirage. She says to me: *Brit, the hero’s journey is centuries of narrative precedent written by men to mythologize men. Its pattern is inciting incident, rising tension, explosive climax and denouement. What does that remind you of?*

And I say, a male orgasm.

And she says: *Correct. I love the arc of male pleasure. But how could you bring me into being if I must satisfy the choreography of his desire only?*

I wondered aloud if maybe there's something like a masculine pattern to running for president, too, that the best way for a woman to run for president would be to give up the hopelessly macho and traditionalist masculine political traditions and find something new.

Then a member of the book club revealed one of my blind spots: "I think Warren's campaign is that kind of a campaign." Warren as a candidate has grown and admitted mistakes and changed. She listens and changes course and has conversations. She fights and celebrates and welcomes people in and listens. Maybe the problem, then, is that a traditionally masculine political media — one populated by smarmy men like Mark Halperin — doesn't know how to talk about a woman running for president. The only way to fix that problem is to make sure more women run for president and report on presidential campaigns and make coverage decisions in newsrooms everywhere. Only by having more women listening and talking and doing can we make it okay for women to be angry — and for women to be women.

Last night was the last Reading Through It to be hosted by the Seattle Review of Books. Thanks to the dozens and dozens of Seattleites who participated in the conversation over the last three-and-a-half years. Next month, the South Seattle Emerald takes over hosting duties; their first Reading Through It title is Ibram X. Kendi's How to Be an Antiracist.