The Future Alternative Past: Sick minds

My first viral Tweet was an admonition to all and sundry to wash their hands. I included my rationale for getting taken seriously: “This is a science fiction author talking to you.” Why? Because SFFH trains us to think about this stuff before it happens.

Global pandemics are standard genre scenarios. Horror overflows with zombie-inducing microbes such as those featured in Mira Grant’s delicious Feed and Amelia Beamer’s adorable The Loving Dead. Science fictional apocalypses have switched in living memory (mine) from nuclear war aftermaths to eco- and medical catastrophes. One of my favorite combinations of these last two currently fashionable tropes is James Tiptree, Jr.’s very brief yet typically mordant short story “The Last Flight of Dr. Ain.”

It’s been said that Horror is not so much a premise as a point of view. Stephen King’s fourth book, The Stand, is a science fictional premise fleshed out by a horror author: weaponized influenza kills 99.4% of Earth’s human population. The flu plays a more positive role in my 2016 novel Everfair: exposure to a milder variant of the virus inoculates people of color in that country and along air canoe trade routes between Africa and East Asia. This makes them less prone to catching the deadly 1918 mutation — and thus puts them in a better position to prevail against colonialist manipulations.

That historic 1918 flu pandemic has served as a model for many a nasty imaginary one. For example, the fever in the Philip K. Dick Award-winning novel Life by Gwyneth Jones causes civilization to stutter nearly to a stop. Diseases in Frank Herbert’s The White Plague and Joanna Russ’s The Female Man selectively infect genders, a reflection of how the 1918 flu’s fatalities skewed toward the young.

The lessons SFFH authors have learned from history are many. Reading Zone One or Clay’s Ark or The Year of the Flood or any of the dozens of their stories about infectious diseases of the future will give you easy access to these lessons. What can be learned from them about how to proceed here and now?

For starters, support transparency. Lies, even those told for citizens’ own good, inevitably backfire in these dystopian and apocalyptic imaginaries. Hiding an infectious disease’s origins, vectors, fatalities, symptoms, spread, or other facts simply makes a bad situation intolerable; likewise lying about them.

Next, we’re taught the virtue of anticipation. No use sitting stuck in motionless traffic after the shoulder lane of the highway out of an infected area has filled up. No use providing the anecdote proving that containment measures need ramping up. Extrapolating to the next data point on an infection’s incidence graph depends on knowing where the previous ones fell, so transparency comes first. But then we have to act on the knowledge that our world is changing, has already changed.

Washing hands is avant garde, not old fashioned. Fist bumps are no longer ghetto chic; they’re mainstream. Adapting to the new normal is one of all SFFH’s most basic lessons. Genre immersion helps us understand that there’s no use pining for the way things used to be. Youth is no prerequisite for this understanding; a more important qualification is love of what scholar Darko Suvin calls “cognitive estrangement,” known to fen as “sensawunda.” Can you accept a rapidly developing reality, or is your mind stuck inside the parameters of the former status quo? How much uncertainty do you dig in your literature? Would you like to acquire a taste for more? 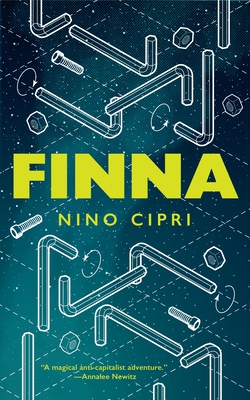 Finna (Tor.com), the neat new novella by Nino Cipri, starts and ends in uncertainty, and spends the majority of its 136 pages in worlds where anything could happen. Low-seniority retail associates Ava and Jules are sent through their IKEA-like store’s endemic wormholes to rescue a customer. As they execute their minimum-wage mission they encounter and overcome large-mammal devouring easy chairs, blood-slurping cash registers, and city-sized socialist submarines. Cipri’s briskly funny treatment of the heartache these two also endure (they’ve recently broken up as a couple) combines with his edifyingly clear insights on how to escape hive minds and other dangers, to produce an adventure both lighthearted and substantial--a thought-provoking romp. 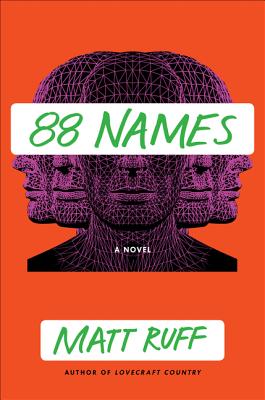 Otherwise Award (formerly James Tiptree, Jr. Award) winner Matt Ruff’s latest, 88 Names, depicts another facet of the new normal: virtuality. Ruff’s protagonist, John Chu, is a "sherpa," a paid guide to game worlds. Chu heads a crew of five with various talents: tanking, or absorbing in game violence dealt by the customer’s opposition; healing; and dps-ing, or handing out “damage-per-second” blows to player and non-player characters. A glossary at the book’s end helps non-gamers sort out the terminology, and along with each chapter’s epigrams paints an easily comprehensible background for the novel’s action.

That’s crucial, because most of the action takes place in the World-of-Warcraft-like MMORPG (Massive Multiplayer Online Role Playing Game) Call to Wizardry, with side excursions to the CIA Factbook’s simulation of South Korea, an outer space shoot-em-up game named Alpha Sector, and an ancient text-based tour of a fantastical circus’s midway. Chu pursues clues to the identity of his mysterious new client Mr. Jones through a couple of real life locations too, but his main theater of operations is online.

Currently there’s very little policing of the internet, and thus no sure way to know the age, gender, or race of those you interact with there exclusively. The same applies to the internet of 88 Names. As you’d expect from the author of Lovecraft Country and Set This House in Order, that’s less a bug than a feature. In Matt Ruff’s calm and crafty hands, mystery gets interwoven with the survival imperative, and dedicated play leads to consequential discoveries.

Supposedly I was going to be one of Fogcon’s two Guests of Honor last weekend. A few days before I was scheduled to fly there, I canceled in tears. I’m 64, and with my many health issues I find myself in a high-risk group when it comes to COVID-19 exposure.

Gathering together with others is probably not a good idea right now for anyone. I participated in Fogcon virtually, courtesy of Zoom, an online conferencing software product. It’s not the only one: there’s the ubiquitous Skype, for instance, and the allegedly revamped Go to Meeting. Warning: Listening to non-virtual participants while Zooming my panels was suboptimal; they sounded as if they were talking through the anuses of dead frogs. A better microphone may be in order, or a phone passed round with accompanying squirts of hand sanitizer. Or a Second Life-like venue created by congoers and those who love them.