Thursday Comics Hangover: You are your own media 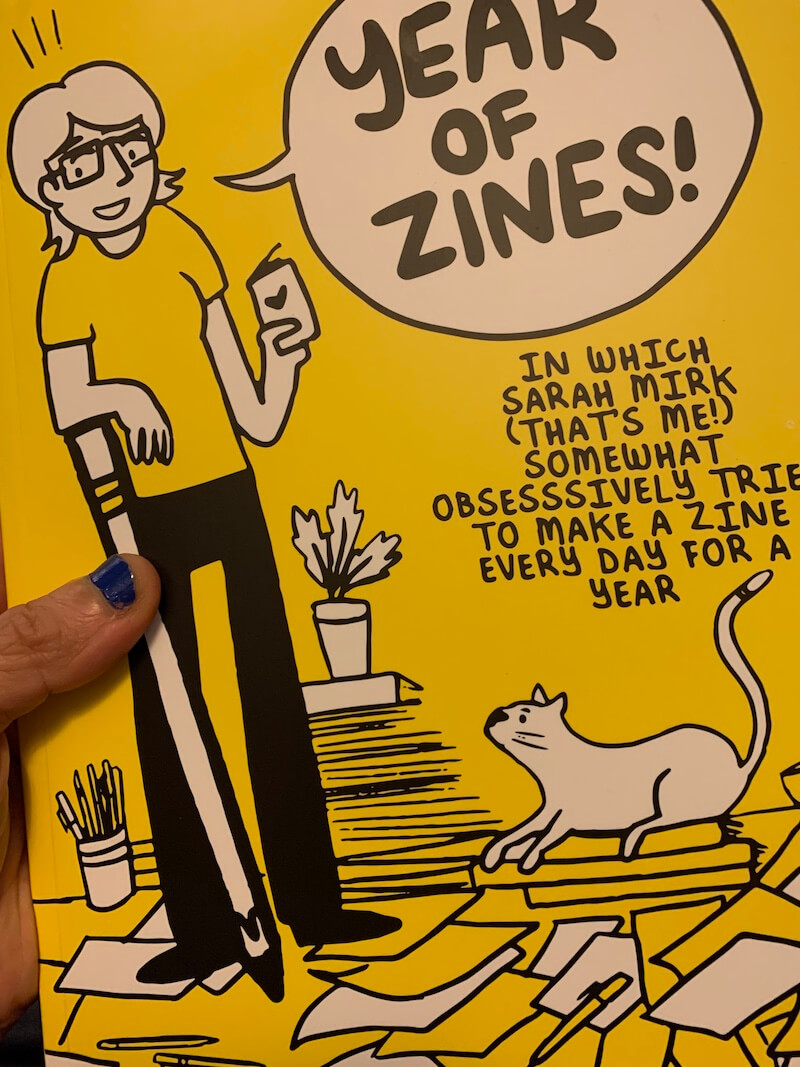 Last week, I alerted you to a creative new distribution plan to save comics shops and the monthly print comic model. That plan crashed and burned mere hours after my column was published. Nobody has come up with a better idea in the week since.

The big publishers aren't putting out new comics, and the whole industry is on pause. So what now? Well, if you can, you should buy comics direct from the creators. And a Pacific Northwest cartoonist just so happens to have a new collection that's worth your time.

Last year, I interviewed Portland cartoonist Sarah Mirk about her project to create and publish one zine a day for a year. "I’m really trying to get away from perfectionism and feeling like things have to be pretty, or things have to be perfect," Mirk told me.

"It’s about the process of making something every day and sharing it with the world — good or bad," she explained. "And part of the point of it is to show people that you can do this too. You can make things and put them out in the world."

Now Mirk has collected the best books from the project in a $12 oversized paperback book called Year of Zines! You can buy it directly from Mirk online. I received my copy in the mail yesterday, and it's just the thing to scratch my new-comics itch.

Most of Year of Zines! is made up of traditional non-fiction comics: Mirk shares her thoughts (on being a tall woman, on the personalities of public transit systems, on how to bail out detainees) and etiquette tips (like how to take a compliment and how to talk to people who are going through bad times) in short comics essays.

But there are other comics here that are more experimental: Mirk makes some collage comics that condense the whole Sunday New York Times down into a few panels (including a fictionalized Bari Weiss essay about cheese mites that is likely more informative than any column Weiss has ever actually written) and she collects self-portraits she's drawn over the years into a kind of reflexive autobiographical zine.

Mirk's enthusiasm for zines is palpable; she spends much of Year of Zines! encouraging the reader to make zines of their own. It's a book that celebrates creation — imperfect, unjealous creation — as its own good. That's an attitude that we could use more of in our self-quarantined lives.