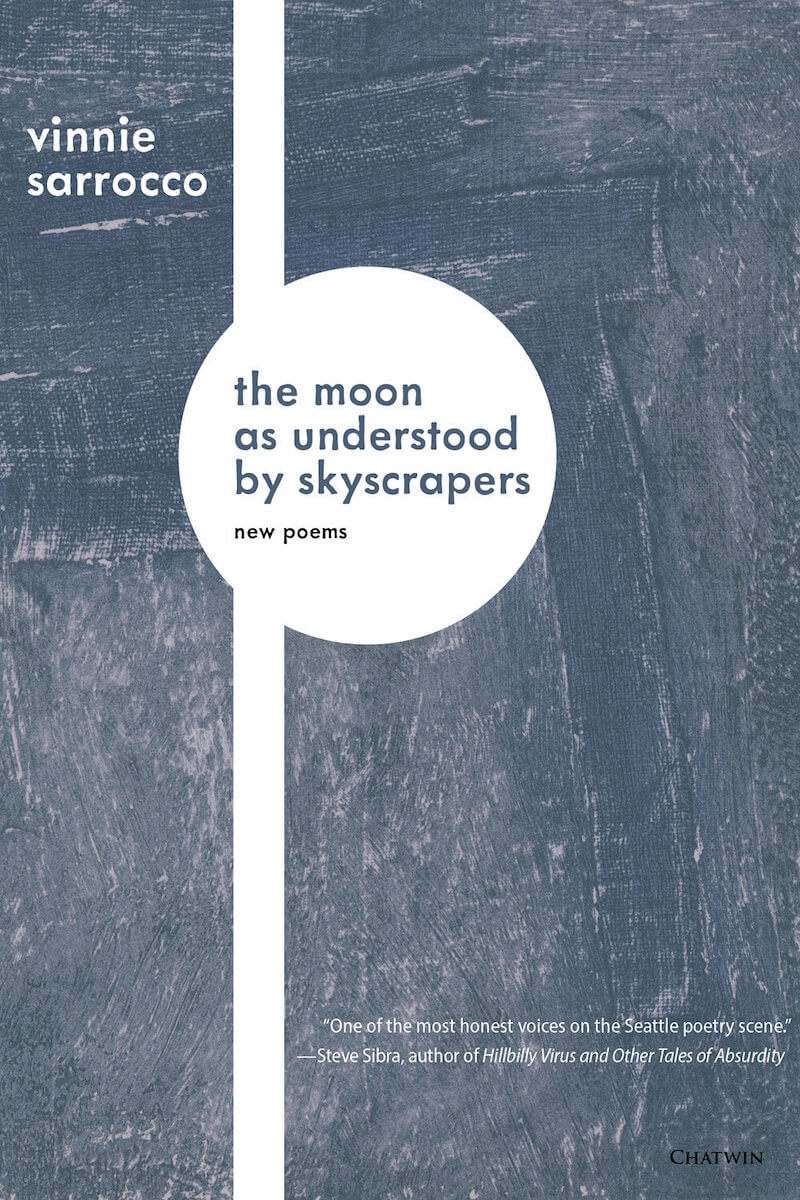 This Friday, Vinnie Sarrocco is launching his latest book of poetry into the world in a Facebook party at 6 pm. The Moon as Understood by Skyscrapers is Sarrocco's second book of poetry to be released in a year — his debut collection, Poems for the Garbage Man came out last fall. (Both books are published by local press Chatwin Books.)

Sarrocco, a North Carolina native, is becoming a fixture on the Seattle poetry scene. The figure he cuts has a retro air to it: that untrained, willfully blue-collar, masculine space-taking energy and a fun reading style that inspires broad laughter at poetry open mic nights. If Sarrocco came to town a couple decades ago, you could picture one of Seattle's street poets, like the late great Harvey Goldner, taking him under their wing.

It's easy to see why Chatwin Books has devoted so much of their resources to this young poet. Sarrocco has a knack for finding an image that grabs your ankle and won't let go. In Garbage Man, he sings a praise song for a particular feisty seagull "teeming with virility," standing "four feet tall/duck-footed, daring any car/or lawyer to get froggy." The bird, Sarrocco imagines, would pick a fight with "some hipster's Jetta" and the car would see the worst of it. It would be, he declares, "A clash of egos worthy of a renaissance fresco."

This streaming launch party likely won't be as raucous as an old-fashioned boozy Seattle open mic night. We do our best these days to politely not mention the sterility of streaming events, but maybe Sarrocco's earthy enthusiasm and wild sense of humor can inject some much-needed humanity into our shared digital space.