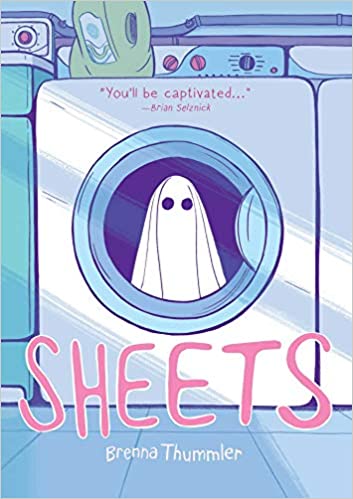 When I read (and loved) the YA comics adaptation of Anne of Green Gables a couple months back, I was excited to learn that the artist, Brenna Thummler, had written and drawn an original YA graphic novel of her own. It's called Sheets, and it was published in 2018.

The protagonist of Sheets, a 13-year-old girl named Marjorie Glatt, is struggling with some big issues. "It's difficult to list, in order, the things I hate," she tells the reader on the first page, "But I can say with no uncertainty that laundry and ghosts are currently tied for first."

Marjorie's mom passed away a short time before the story begins, and her father is struggling with depression, leaving her to manage the family laundromat. The business is falling apart, and Marjorie doesn't have time to process the changes in her life. Meanwhile, some ghosts — represented traditionally, as empty sheets with two eyeholes cut out — are taking up residence in the laundromat, complicating the situation even further.

Thummler is a phenomenal cartoonist. Her work in Sheets is busier, more claustrophobic than the wide-open spaces of her work in Green Gables. At times, the pages feel almost thick with wrinkles, like mishandled laundry. Characters invade Marjorie's personal space — and so do we, as the panels cling tightly to her face as she wonders what she's going to do. We can't help but hover anxiously around Marjorie. We want the best for her. 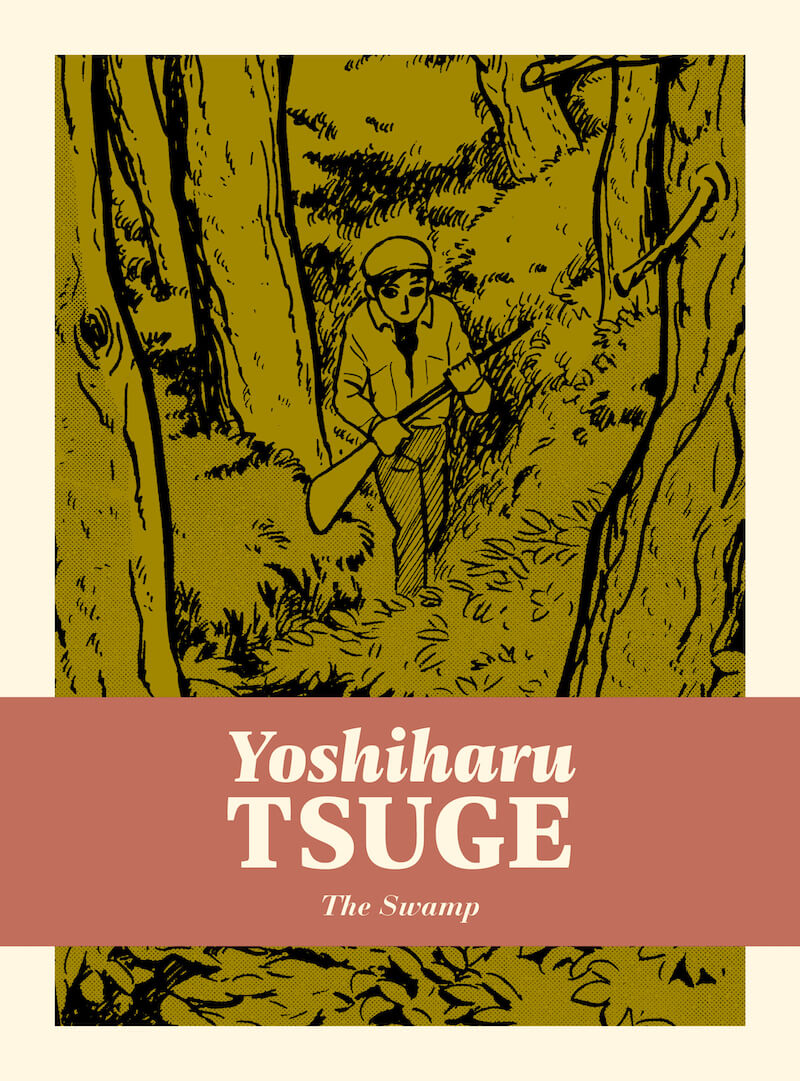 I read an advance preview copy of Yoshiharu Tsuge's The Swamp, a collection of short stories by a 20th century manga master published this month by Drawn & Quarterly. The Swamp is intended to be the first in a series of Tsuge volumes from the Canadian comics publisher, and it's easy to see why he deserves the deluxe treatment.

The short stories in The Swamp are of high literary quality. These are quiet vignettes about seemingly banal encounters, but Tsuge excels at sketching out characters that have just a hint of desperation sweating underneath. Though many of the stories are set in samurai times, Tsuge's themes and interests are universal. In fact, if Raymond Carver made manga, the comics might resemble something like The Swamp.

The small men at the centers of these stories are all broken in beautiful ways. "The Phony Warrior," the story that opens the volume, is about a notorious traveler whose ego has grown so large that it's consumed everything around him. "An Unusual Painting" finds a hotheaded young man becoming absorbed with a hermit's weird artwork. A couple's growing unease with each other becomes laser-focused on an innocent little bird with queasy consequences in "Chirpy."

The stories in The Swamp are laid out in traditional manga-style, meaning the book is to be read back to front, and each page is read right to left. But Tsuge's characters don't resemble the characters of, say, Akira as much as they do the Muppets: they have button eyes and expressive eyebrows, and their body language is broad and relatable. It all has the feel of a puppet show for adults: entertaining, a little bit weird, with a naughty undertone to the whole exercise.