Whatcha Reading, Reading Through It? 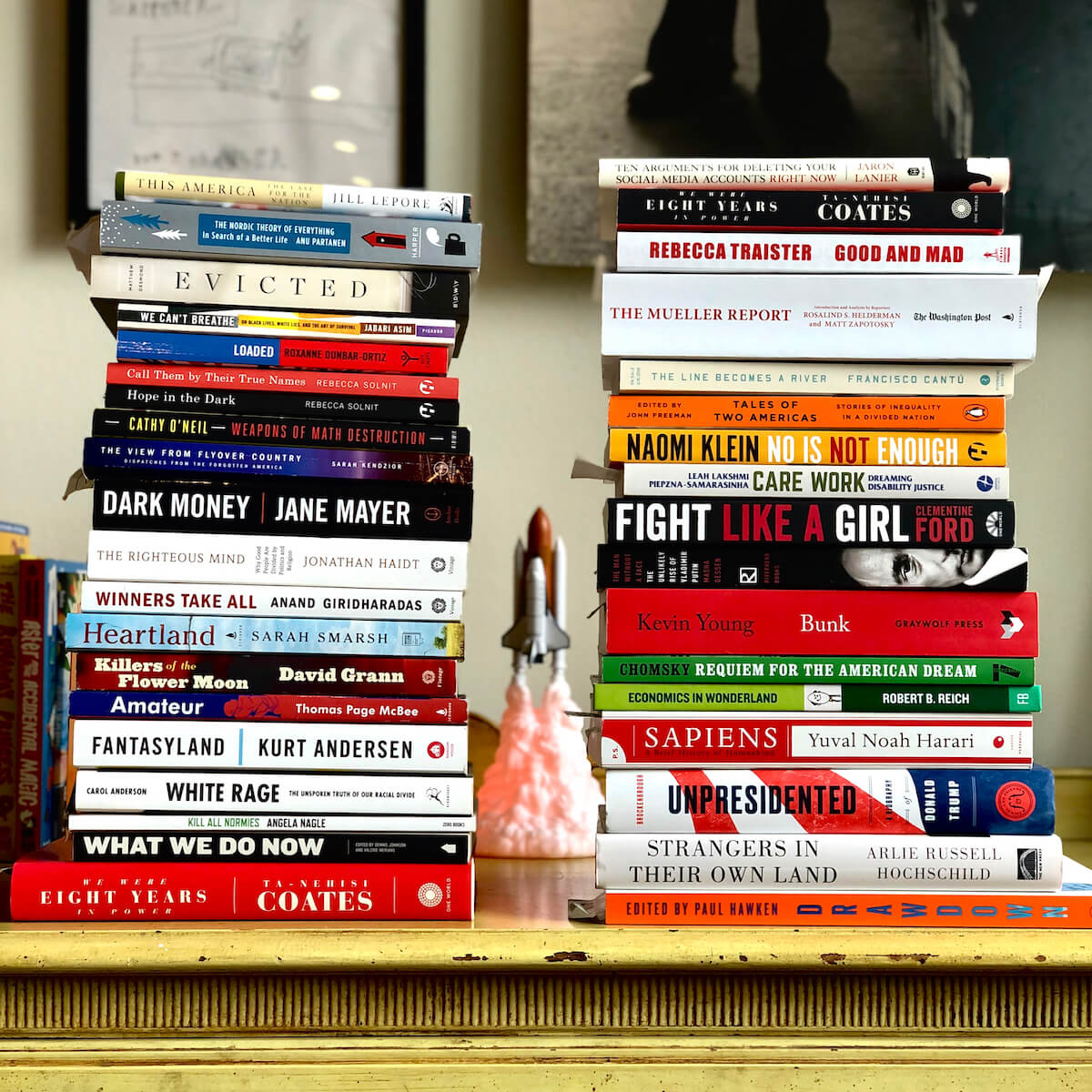 Reading Through It is the book club that the Seattle Review of Books started in 2016 directly after the election of Donald Trump to president of the United States. We started it with Mark Baumgarten, then of the Seattle Weekly, and parterned with Third Place Books in Seward Park. Last week was the final Reading Through It lead by the Seattle Review of Books, but the group will continue under the leadership of the wonderful South Seattle Emerald.

For over three years, over 40 books, we tried to understand the cultural moment that lead us to elect such an incompentent, boorish, narcissistic, racist, unprepared and underserving man to lead our country. We covered racism, class, technology, environmentalism, sexism, hoaxes, economics, trans issues, and sociology. Did we learn? I did. I can't say we ever squared the circle, but we sure did a lot of filing on it. I want to thank everybody who came and talked, and sought answers with us. There were some startling good discussions, laughs, and every month, community. That was one way we found to fight back.

Next month, the South Seattle Emerald takes over hosting duties; their first Reading Through It title is Ibram X. Kendi’s How to Be an Antiracist, although please check in with Third Place Books to see if the group will go on, given the current social distancing due to coronavirus.